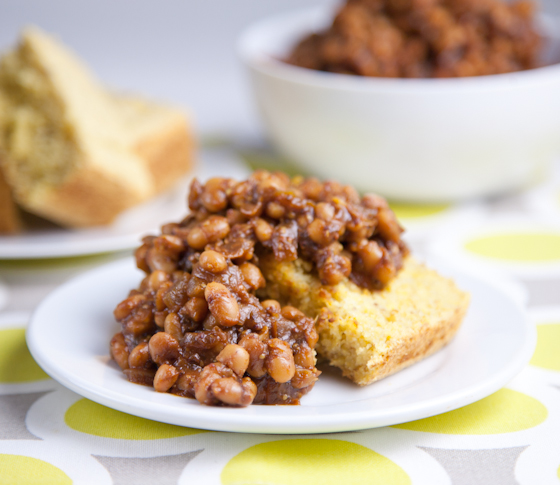 Skip to Recipe | Side Dish | 44 comments

The last couple of days have felt more like early spring than early summer around Boston. Temps in the low 50s with lots of rain, and it doesn’t look like it’s going to let up any time in the next couple of days. On a positive note, this is the type of weather that’s perfect for sleeping. So perfect, in fact, that I managed to completely miss my alarm this morning. I only overslept by about fifteen minutes, but still – there’s nothing like that brief moment of disorientation/panic to start the week.

That little bit of extra sleep ended up being a good thing, however, because not only did I need it (plus another hour that will not be happening), but it was a good excuse to cut our morning walk with the dogs short. Olive was the only one having fun trying to eat everything in sight, while Aaron was half asleep, I was complaining about the rain, and Honey was stepping ever so delicately in a fruitless attempt to avoid puddles. She loves water when it involves the bathtub or the beach, but it’s like dragging a bowling ball trying to get her to walk in the rain.

As I was coaxing Honey to put one paw in front of the other, I started to get bogged down myself thinking of my to-dos for the day, the crappy weather, the conference calls I’d rather just skip. And then I remembered lunch! This would not excite most people, but I LOVE baked beans and finally got around to making my first homemade version over the weekend. I consulted a trusty can of the TJ’s brand for an idea of the ingredients (hey, sometimes it’s nice to just open a can of beans for dinner), as well as Oh She Glow’s recipe for slow cooker maple baked beans. I played around with the measurements a little, and also left out the diced tomatoes in favor of BBQ sauce. And since I’ve yet to bite the bullet and buy a slow cooker, I went with a Dutch oven and a much shorter cooking time. 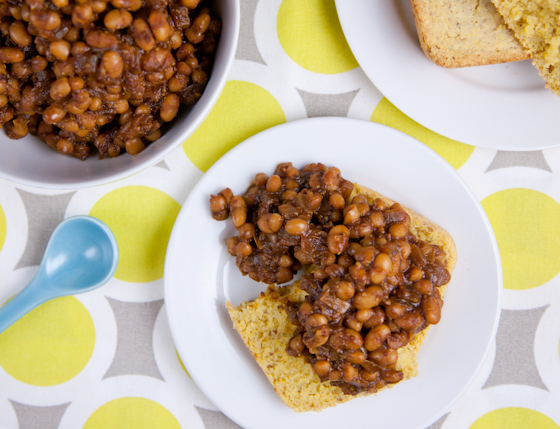 This is going to sound crazy to anyone who isn’t food-obsessed, but these beans surpassed all of my expectations. The flavor is rich and complex, and despite only baking for forty-five minutes, they taste like you’ve spent your entire Sunday slaving over the stove and getting them to be just right. Aaron even compared them to a place he used to eat at as a kid when his family lived in Denver. That’s a big deal, and I think it’s safe to say no one would ever guess this version is vegan. 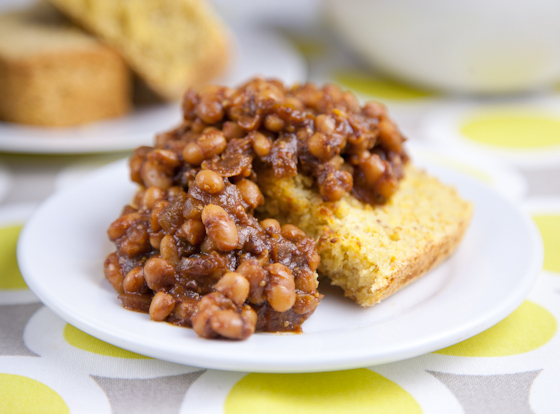 These just killed any chance of me ever buying pre-made baked beans again. 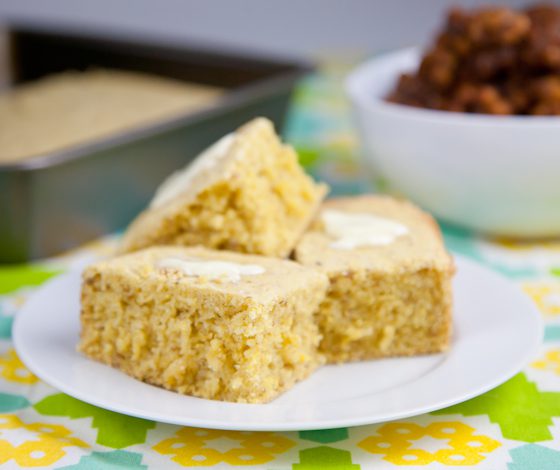 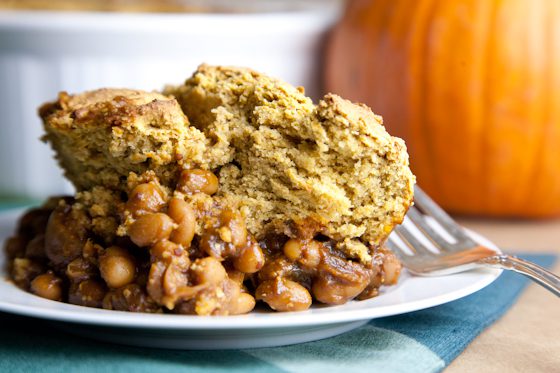 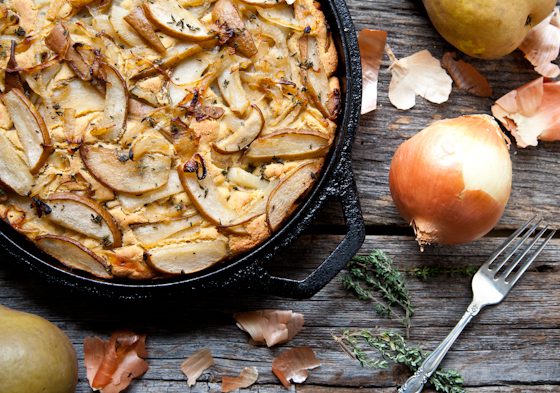 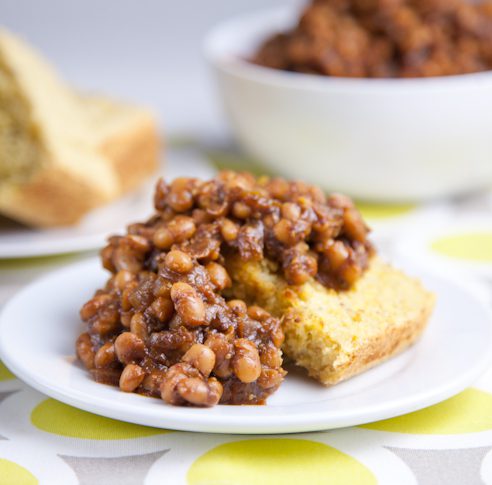 These easy baked beans taste like you've spent your entire Sunday slaving over the stove and getting them to be just right, despite being so simple and only baking for forty-five minutes!

These easy baked beans taste like you've spent your entire Sunday slaving over the stove and getting them to be just right, despite being so simple and only baking for forty-five minutes!