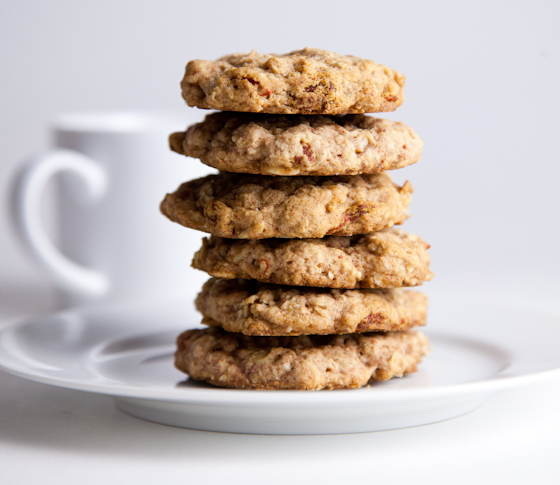 A couple of months ago, I posted a recipe for gluten-free oatmeal goji berry cookies. And since then, I’ve found myself throwing goji berries in everything from smoothies, to oatmeal, and even stir-fry on occasion. Just one ounce contains 140% of the daily recommended vitamin A and 10% of the recommended iron, as well as 4g of protein for around 100 calories. Pretty awesome, and they taste good too.

I normally buy whatever is most affordable, which usually ends up being the Navitas Naturals brand from Vitacost. I have a slight Vitacost “problem”. It used to be iHerb, but Vitacost tends to be a little cheaper. I suppose there are worse problems to have. I mean goji berries are a heck of a lot cheaper than shoes! 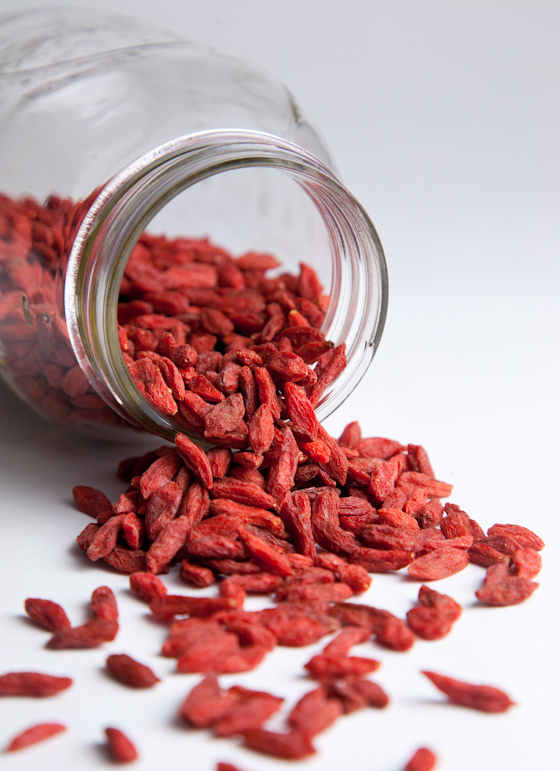 Anyway, I was so excited when Aimee of Rich Nature reached out the other week, offerring to send me some of their organic goji berries. Aimee is such a sweetheart and takes so much pride in her products. She also noted that Rich Nature is the only direct importer who requires their farmers to go through an extra sorting process so that each berry is extremely large, and not a mix of large and small. I was even more excited when I found out she was sending chocolate-covered goji berries. 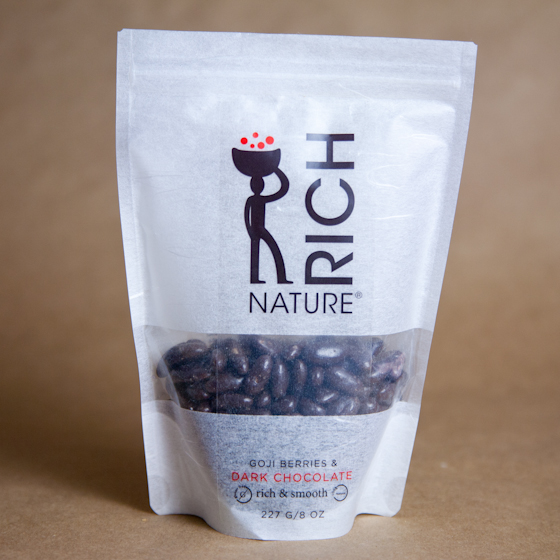 I am slightly embarrassed to tell you how quickly I ate these. Four days. Okay, three and a half. They are so freaking good. Really dark chocolate (my favorite) and chewy goji berries. I did not share them with Aaron.

Aimee also generously sent me a few other superfoods, including organic mulberries, golden berries, and pomegranate powder. I’ve been wanting to try the first two for a long time, but always cringe a little at the price tag. They’re not cheap, but like goji berries, they have a host of nutritional benefits. 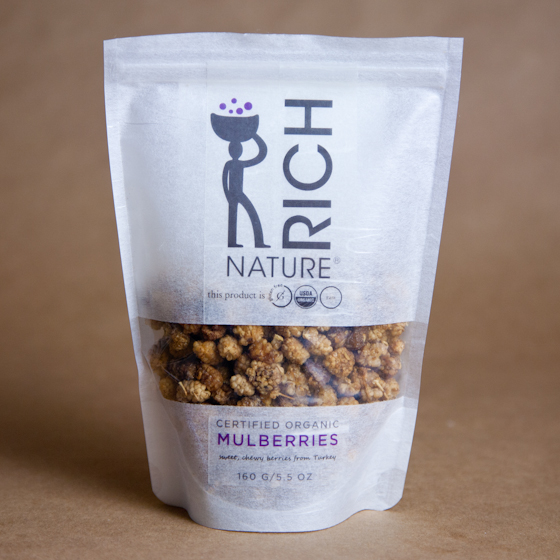 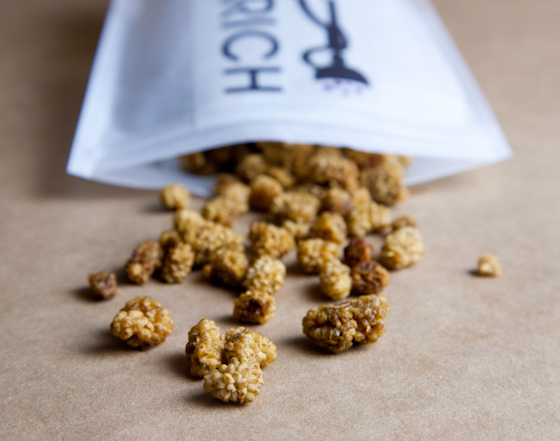 I loved the unusual texture of the mulberries – super chewy and mild with a fig-like flavor. They totally satisfy that craving for gummy bears or licorice. I know you know what I’m talking about. 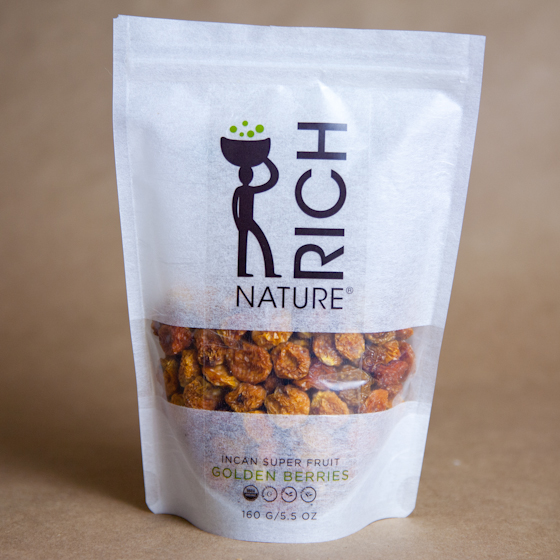 And golden berries have this awesome sweet/tart thing going on. Kind of like nature’s sour patch kids? 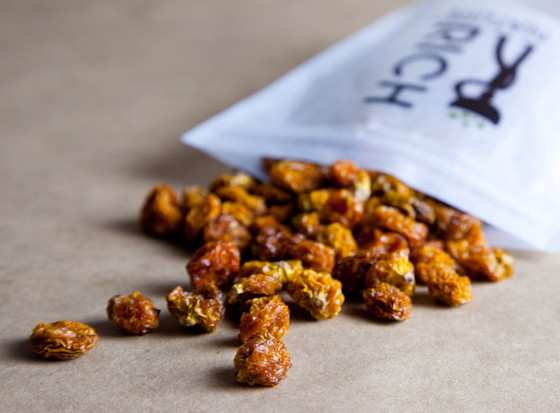 I’ve yet to try the pomegranate powder, but I think it’ll be great added to smoothies and homemade kombucha. Aimee also said some people mix it with a little water in a shot glass and just chug. We’ll see about that one…I am notoriously bad at taking shots. 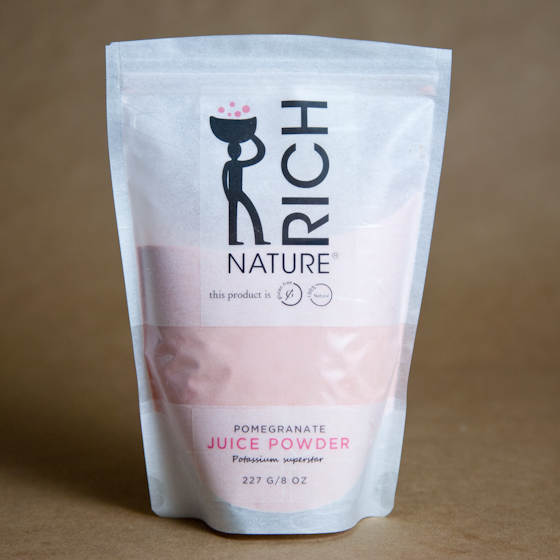 If you’re interested in trying any of the Rich Nature products, you can enjoy 10% off your purchase with coupon code CLSAND80. And if you’re new to goji berries, I think starting with the chocolate-covered ones, which are currently 30% off, is a good first step. They are amazing straight from the bag, but also as a topping on banana soft-serve. Kind of like an elevated version of raisinets? 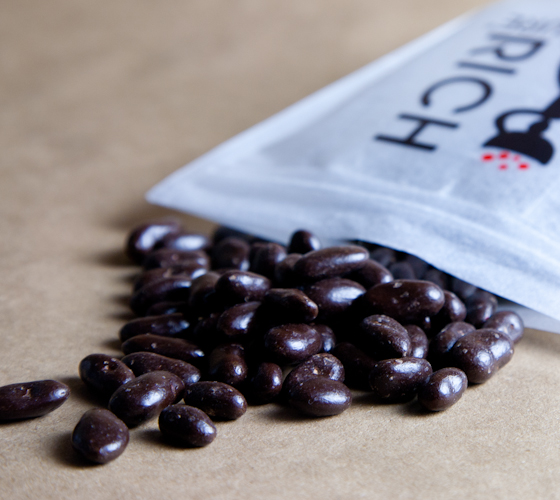 I don’t know what’s up with all of the candy references, but hopefully they sold you on these berries.