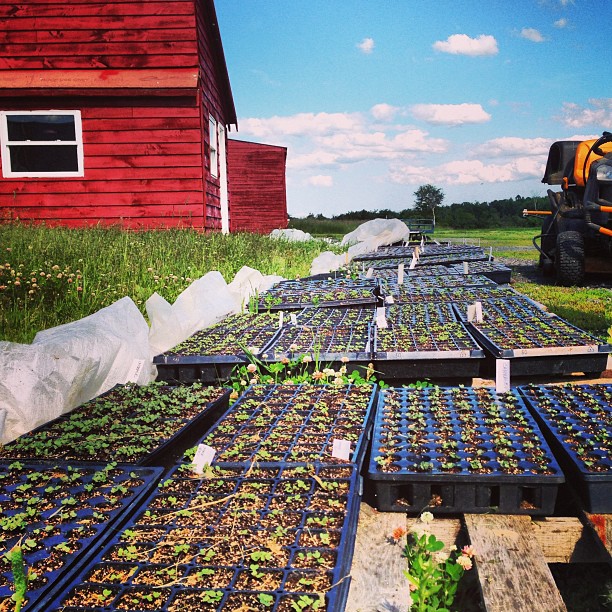 Must Read: The Omnivore’s Dilemma

I can remember first reading The Omnivore’s Dilemma shortly after I graduated college. I had read Fast Food Nation a year or two earlier, and it sparked a huge shift in how I thought about food, in that it made me think about food beyond calories and maintaining my weight. After purchasing Michael Pollen’s book, I made it a habit to go sit in the park every afternoon for a couple of weeks, slowly pouring over each page and trying to absorb all of the information. I had no idea there was so much to learn about grass and corn and soil, and I’ll admit, I skimmed certain parts that I felt dragged on for too long.

Reading The Omnivore’s Dilemma seven years later was a completely different experience for me. I already know quite a bit about industrial farming (and corn and grass), and yes, there were still a couple of chapters that dragged on a bit for my taste. However, I have such an appreciation for the message of knowing what we’re eating, where it came from, how it arrived on our plates, and what the true cost really is – to the environment, to the animals, to the farmer, and to our health. Pollan says it beautifully in his final chapter, The Perfect Meal, where he hunted and foraged each ingredient:

“A cynical person might say that cooking like this – with ambition – is really just another way of showing off, a form of what might be called conspicuous production. It says, I have the resources, sophistication, and leisure time to dazzle you with this meal. No doubt there’s often an element of truth to this, but cooking is many other things too, and one of them is a way to honor the group of people you have elected to call your guests.”

I think this is why I get so much satisfaction out of cooking from scratch, making my own almond milk or vegetable broth. It feels wonderful to disconnect from our go-go-go culture and use my hands for something other than typing, but more than that, I love taking care of others through food. And not just the people eating it, but also supporting the people who grew it, and the farm where it was grown, and all of the many other beings impacted:

“Another thing cooking is, or can be, is a way to honor the things we’re eating, the animals and plants and fungi that have been sacrificed to gratify our needs and desires, as well as the places and people that produced them.”

I disagree with Pollan on the notion that slaughtering animals for food can be humane even if they have truly led happy lives up to that point, assuming we have a choice to nourish ourselves with plants (and I understand not everyone has this choice). However, I value that the book brings attention to the massive differences between factory farming, non-industrialized farming, and hunting, and the implications for the animals and the ecological system as a whole. As Pollan states so well, “transparency is a more powerful disinfectant than any regulation or technology.”

We have a choice, and it’s our responsibility to educate ourselves, to choose compassionately, and to make healthful food a priority. After reading The Omnivore’s Dilemma a second time, I closed the book thinking that it’s one of the most important I have read. There were so many compelling quotes, but I will end with one that stood out the most to me:

“Cheapness and ignorance are mutually reinforcing. And it’s a short way from not knowing who’s at the other end of your food chain to not caring – to the carelessness of both producers and consumers… So much of life in a global economy feels as though it has passed beyond the individual’s control – what happens to our jobs, to the prices at the gas station, to the vote in the legislature. But somehow food still feels a little different. We can still decide, every day, what we’re going to put into our bodies, what sort of food chain we want to participate in.”

Are you familiar with The Omnivore’s Dilemma? What’s one of the most important books you’ve read?

Photo by my brother, Dylan, taken when he rode his bicycle from Boston to Seattle to volunteer on urban farming projects, and raise money and awareness for nutrition education for low-income urban communities. He’s about to embark on another epic bike ride, though this time much shorter, down the California coast.