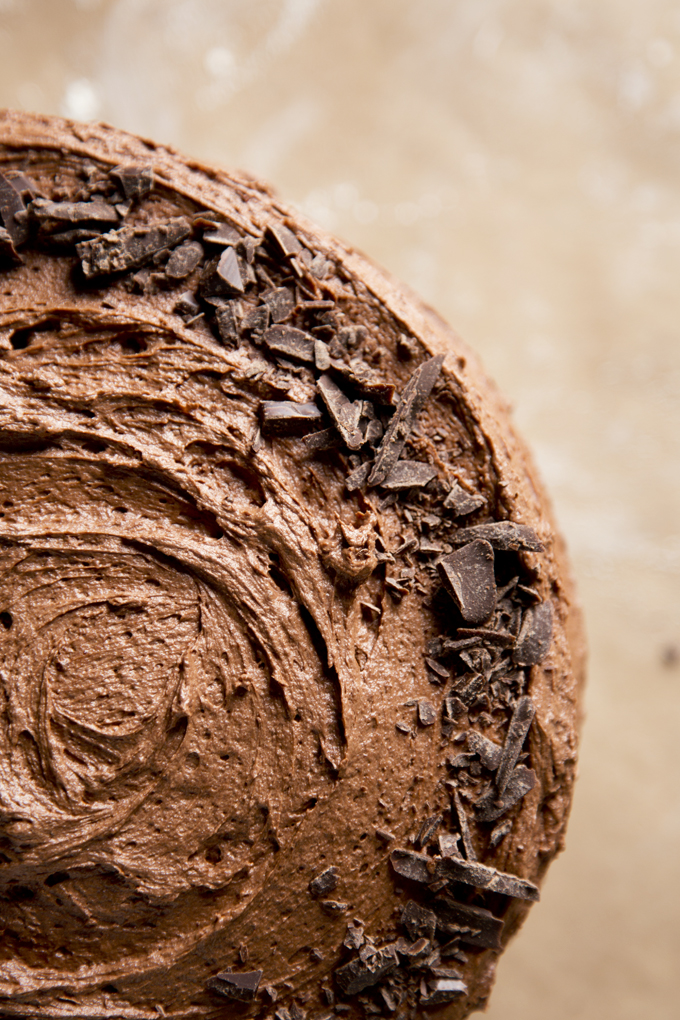 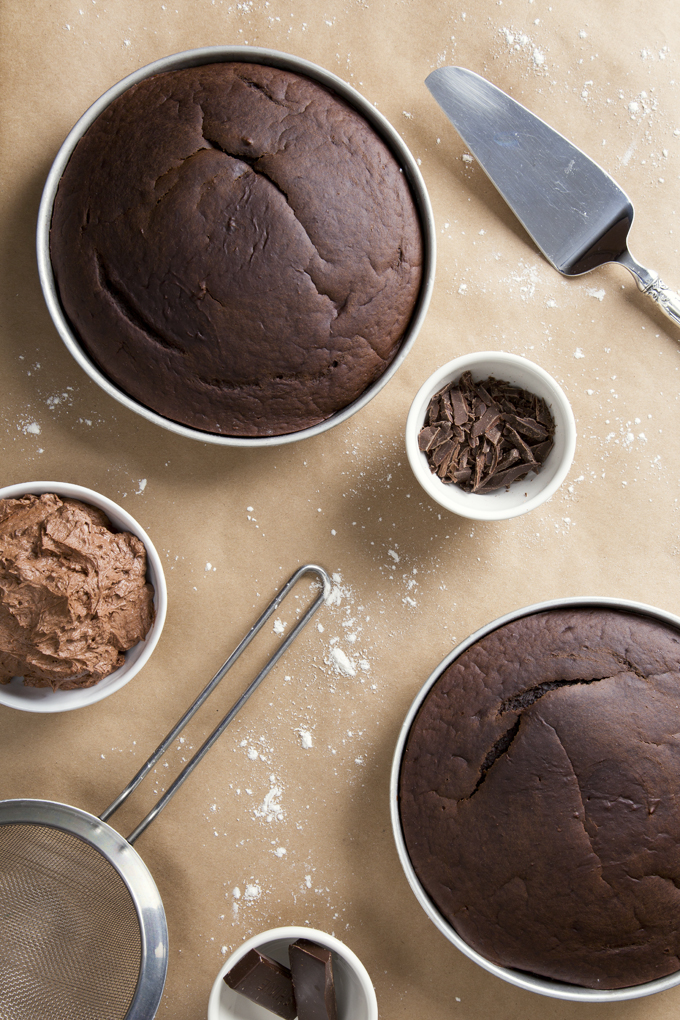 A few words before we get to this chocolate cake…

I was just about done writing this post Friday morning when Aaron noticed sudden swelling around my neck and throat. I have no idea how I didn’t feel it; I must have been really in the writing zone. Long story short(er), we spent the last two days in urgent care, which sent me straight to the ER, and then finally to the hospital very, very late last night for observation and a biopsy (that never happened). A CT scan, round after round of blood work (all normal), no food or water, and eight doctors later (a rant for another post), we’re exhausted but told that it’s a very large thyroid cyst. We’re switching hospitals because my experience was so frustrating. I will need to see an endocrinologist to get further testing to try to determine the root cause and a treatment plan as soon as possible this coming week. I came home this afternoon and downed a green juice for my immune system after all of those hospital germs, and then a giant piece of this 2-layer chocolate cake for my soul. Both seem to be helping.

All of this is to say I’m going to do my best to keep up with regular posting because it keeps me sane and I have some awesome recipes I can’t wait to share, but there may be some unplanned radio silence while we get this sorted. Fingers crossed though, no more ER visits, preferably ever. 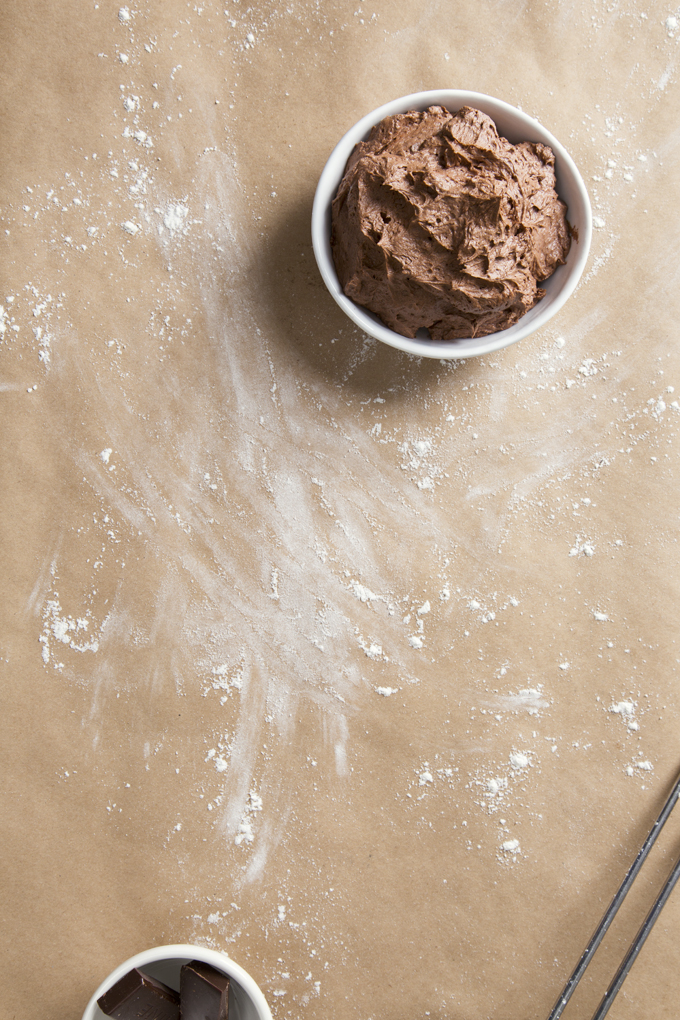 Okay, enough serious stuff. Can we talk about this vegan chocolate cake? I have had a lifelong love affair with chocolate cake and chocolate frosting. When I look back on old photos from when I was little, a few things are true: 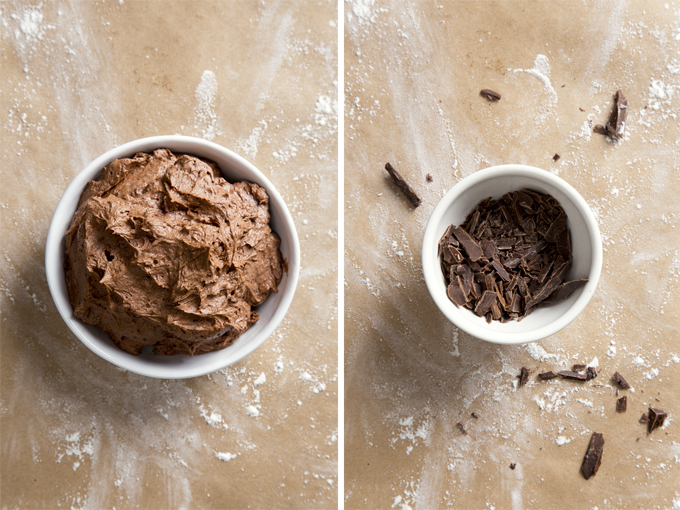 I honestly don’t know how I’ve blogged for almost 3.5 years now and NOT shared a vegan chocolate cake recipe. I partly blame the cupcake trend for stealing the cake-y glory, and I did redeem myself slightly with a vegan vanilla cake last year and recipes for vanilla and chocolate vegan buttercream frostings.

This vegan chocolate cake though—this makes (almost) everything right. If you know someone who doubts even for a second that vegan desserts are  better than traditional baked goods, make them this simple chocolate cake. It’s this perfect balance of fudgy dark chocolate, but with a light crumb and a classic frosting that’s sweet but not cloyingly so. 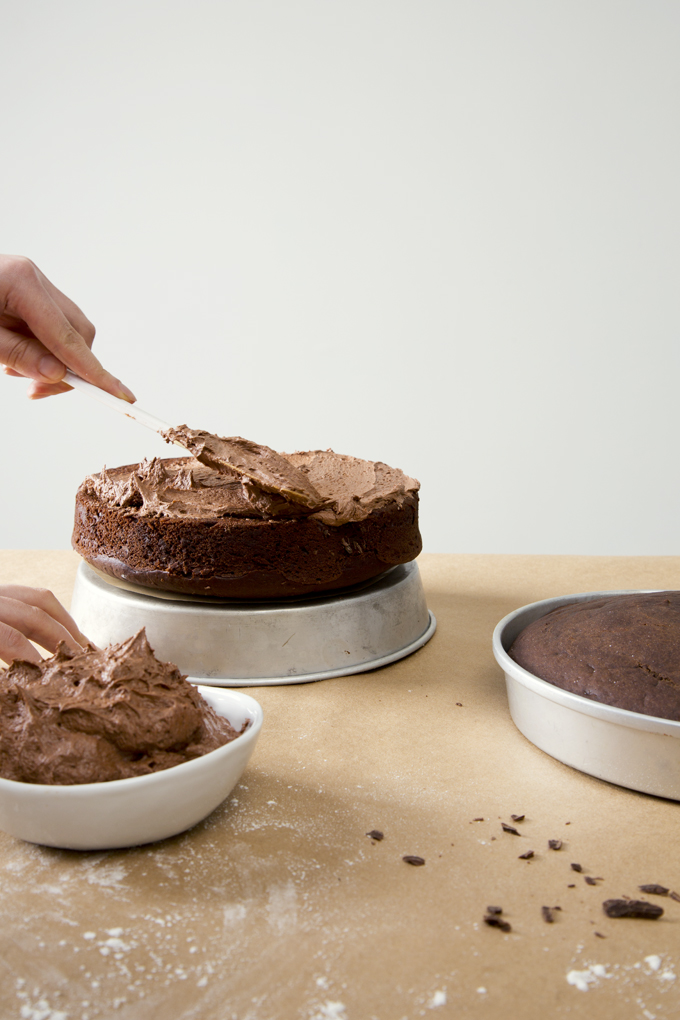 I’ve lightened up the cake just a little, using non-dairy yogurt and applesauce in place of lots of oil, and even the oil is healthier than most cakes since it’s unrefined coconut instead of canola (with lower glycemic coconut sugar too). I just love the texture this combination of yogurt + applesauce + coconut oil produces. It somehow makes the cake more rich, which means a small slice will totally hit the spot. 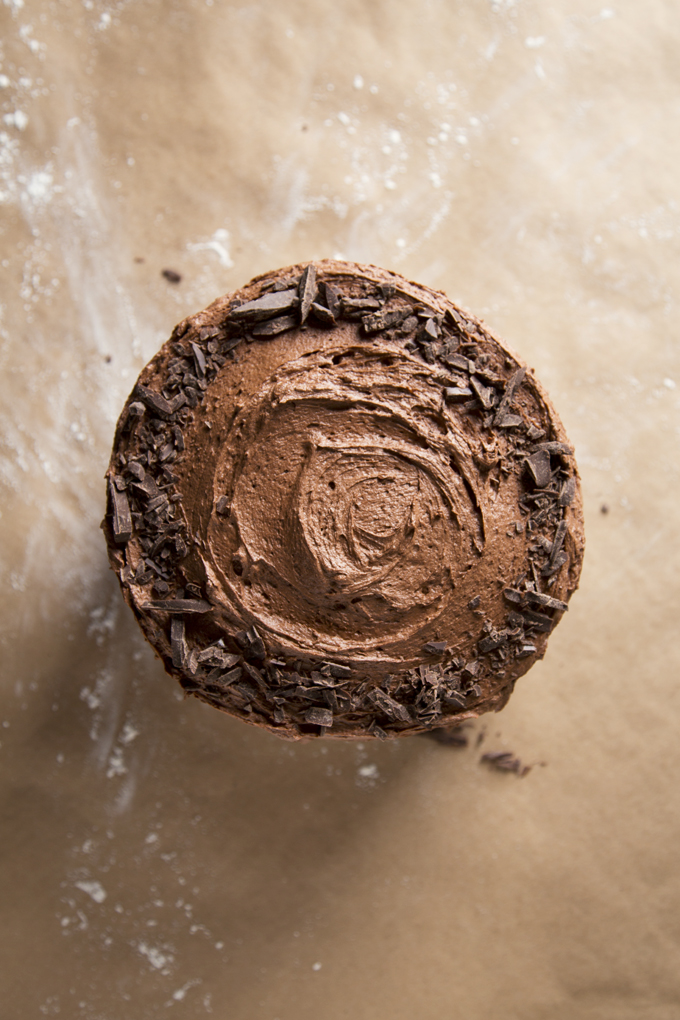 I’ll admit, I was tempted to break out the rainbow sprinkles to re-create the vegan chocolate cake of my childhood; however, I went all grown up with some shaved extra dark chocolate instead. 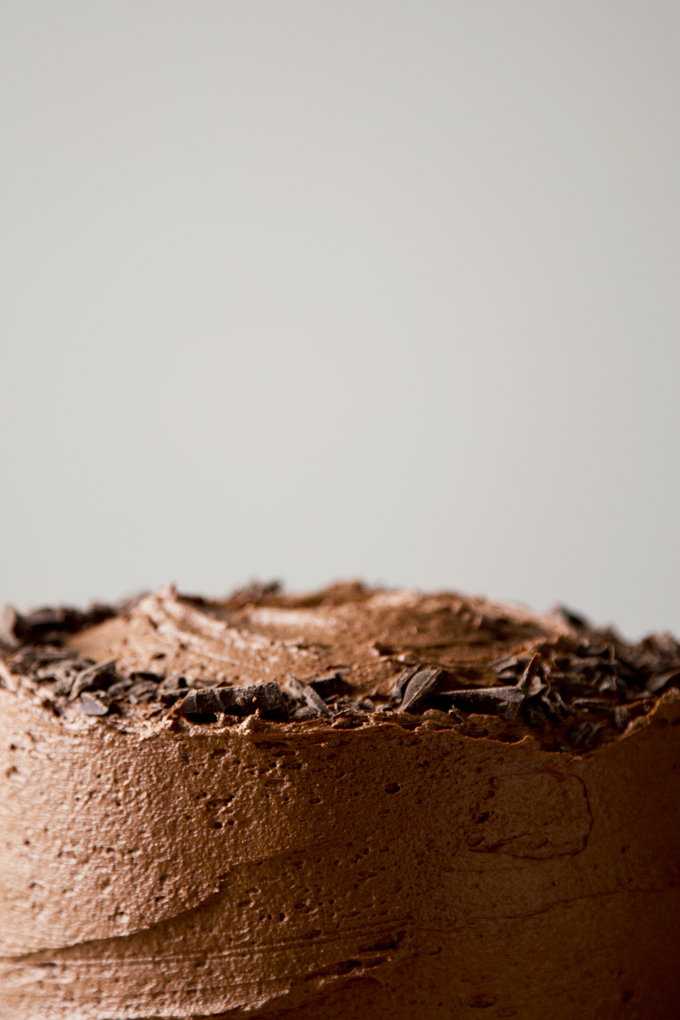 Your chocolate cravings are no match for this easy 2-layer vegan chocolate cake. All you need is 1 bowl, 10 ingredients, and a super simple vegan chocolate buttercream. You will probably get chocolate on your face, which is a-okay because that’s part of the fun! 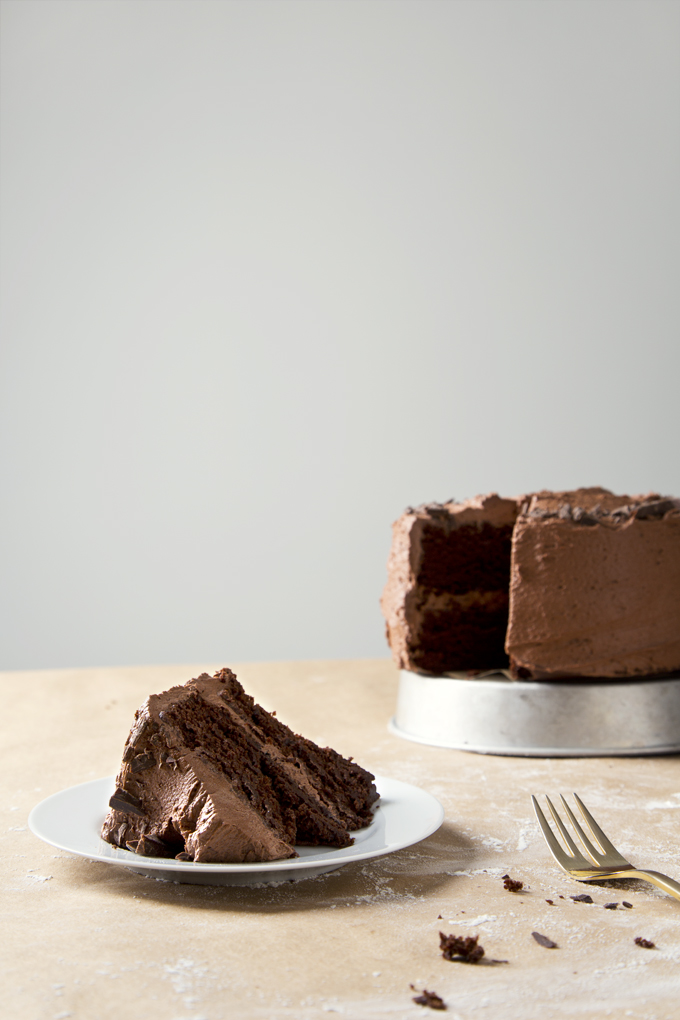 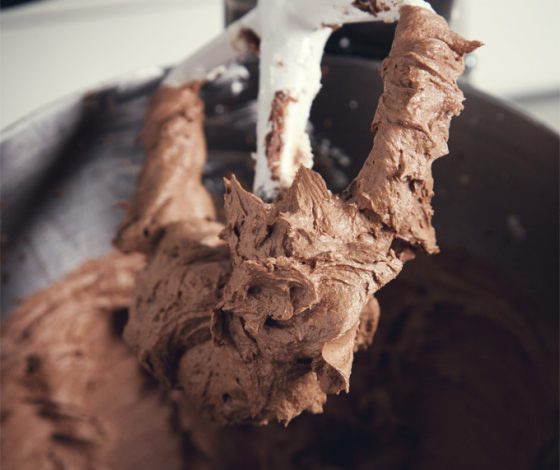 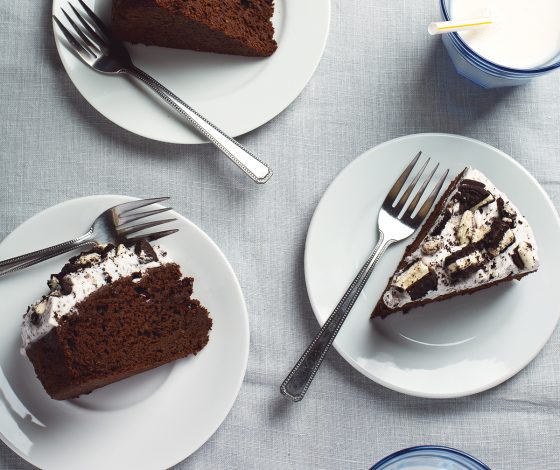 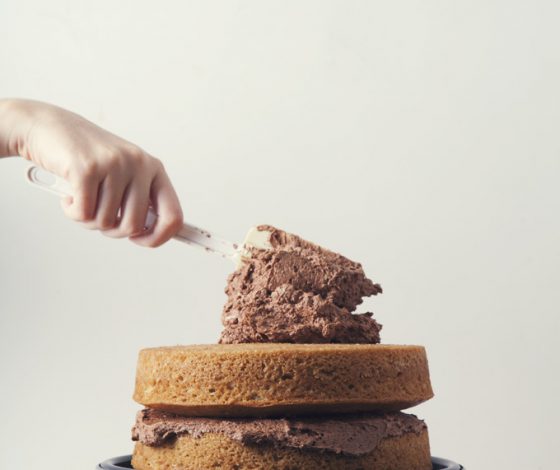 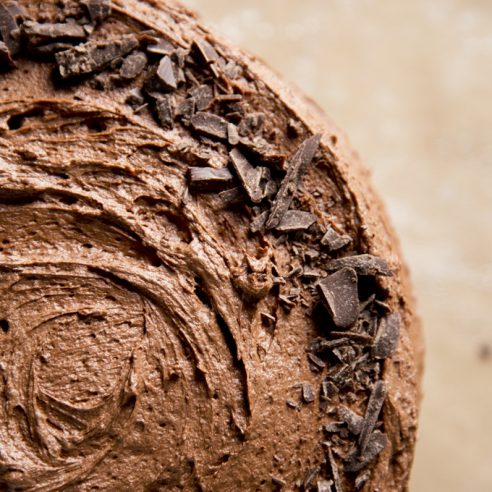 A simple 2-layer vegan chocolate cake that's healthier than store-bought, but you'd never know it! This cake is super rich, fudgy, and extra delicious, and the vegan buttercream frosting is easy to whip up (just 10 minutes!) while the cake's in the oven.

For the chocolate cakes:

A simple 2-layer vegan chocolate cake that's healthier than store-bought, but you'd never know it! This cake is super rich, fudgy, and extra delicious, and the vegan buttercream frosting is easy to whip up (just 10 minutes!) while the cake's in the oven.

Want to make a single layer chocolate cake? No problem! Divide the recipe in half, bake in 1 cake pan, and make 1 batch of vegan buttercream frosting.

Want to make a single layer chocolate cake? No problem! Divide the recipe in half, bake in 1 cake pan, and make 1 batch of vegan buttercream frosting.