Going Back to Simple

Going Back to Simple | 19 comments

I was talking with Aaron earlier about wanting to keep our iphones out of the bedroom. It’s not that we’re texting, instagram-ing, checking emails or doing anything that detracts from actual social interaction. However, I wonder whether our phones are negatively impacting our quality of sleep. Certainly the occasional buzz or jingle from notifications isn’t helping, but what about the electromagnetic radiation? I know, I know – it’s everywhere (especially considering we live in the city), but I keep my phone right next to my head at night, all so that I can use it as an alarm clock. 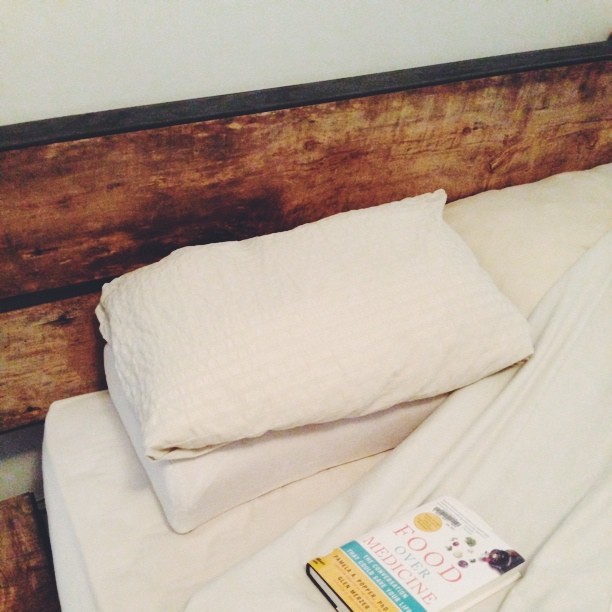 Remember the days of battery-operated radio alarm clocks? You know, choose a station, set the volume, pick a time…simple. Or even better – remember the days when people got up with the sun? Yeah, me neither. But that first one – switching back to a basic alarm clock – that’s totally doable.

Along those same lines, Aaron and I have also re-evaluated our TV habits. We had been talking for years (literally) about getting rid of cable, in part because Comcast is so, so truly awful and has a monopoly in our neighborhood, but also because TV is a giant time suck. I have a soft spot for bad reality shows and Aaron, while much more sophisticated in his taste, was spending a decent amount of time zoning out to HBO. It became a bad habit to eat dinner in front of the TV or just have it on in the background. We were watching TV and talking about what we were watching rather than talking to each other about things that actually matter. So, a couple of weeks ago, we cancelled cable and replaced it with a Roku and HuluPlus (we already had Netflix). And now, watching our shows is not only a deliberate activity (and I have all but stopped watching Bravo, thankyouverymuch), but we save $100 per month and do crazy things like talk to each other with undivided attention, read books (not iPads), and eat meals at an actual table instead of on the couch. 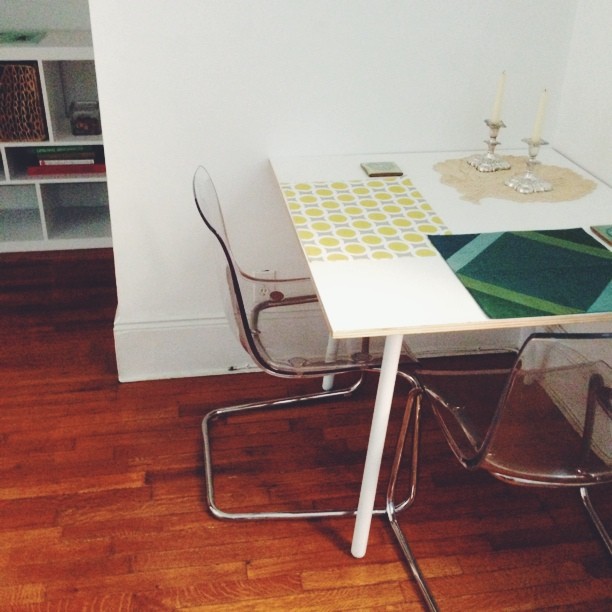 That’s another thing – we finally made space for a dining table, which we were able to piece together from things we already had. A base from another table that didn’t fit the space, chairs that we were no longer using in our office, a piece of wood from another project for the tabletop, and (mis-matched) placemats from my blog prop stash. Basically, a little white paint and some re-arranging of things that’s workable until we’re able to buy a place and really make it our own.

These changes have all been simple, but so worthwhile.

Plus, we now have $1,200 a year to spend on I don’t know…a technology-free vacation?

Have you made any simple changes lately that have made your day more meaningful?

Going Back to Simple: Body & Mind

Going Back to Simple: Water

Going Back to Simple