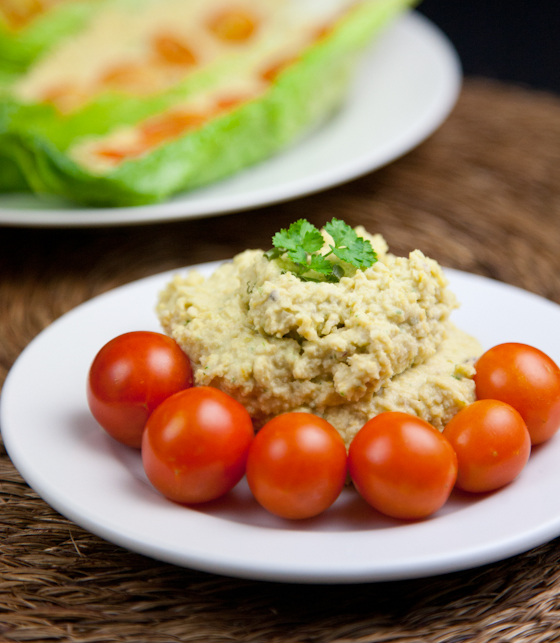 I am really, really excited to share this recipe today. As I’ve mentioned in the past, chickpeas are one of my favorite foods. They’re extremely versatile and can go sweet or savory. You can process them, roast them, throw a handful on salads, sprout them (that’s next on my list of things to try!) – the possibilities are endless. Oh, and they’re also cheap, especially when you buy them in dried form from the bulk bins. However, one thing pretty much never changes – I always make a big batch of hummus for quick lunches and snacks during the week.

The herbs I planted on my porch are doing surprisingly well. Based on my previous lack of ability with basil plants (they turned pale green and bit the dust in a matter of days), this is no small feat. The only problem I have now is that I can’t keep up with actually using them. I know I can freeze some of the herbs for later, but I really wanted to take advantage of them straight off of the plants. There’s nothing like the smell of freshly picked parsley, chives, and mint. I have a moment with that chocolate mint every time I water the plants. It’s fine – the neighbors already think I’m nuts based on the ridiculous things I say to my dogs on our walks.

The chocolate mint didn’t make it into this recipe, but I was able to make a nice dent in the thriving parsley and chive plants. I’m especially proud of those because I grew them from tiny seeds! 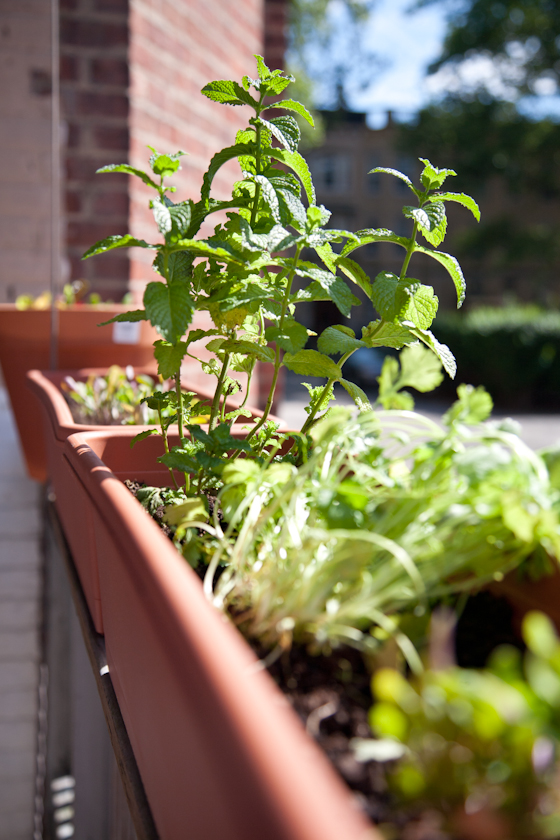 I veered away from my standard hummus recipe this time, swapping out the lemon juice for apple cider vinegar and tossing in some nutritional yeast for a B12 vitamin boost and a slightly cheesy flavor. It was after I randomly sprinkled in some garlic powder and chopped red onion that I realized I had happened upon my greatest hummus achievement to date.

Do you remember those cool ranch Doritos? I mean, who doesn’t, right? Scary ingredients, no nutritional value, but highly addictive. The flavors in this recipe somehow combine to create the hummus version of those chips. I thought I might just be losing my mind, but I’ve made this recipe three times in the last week and all three times it’s been devoured in one sitting. And not just by myself, I promise. 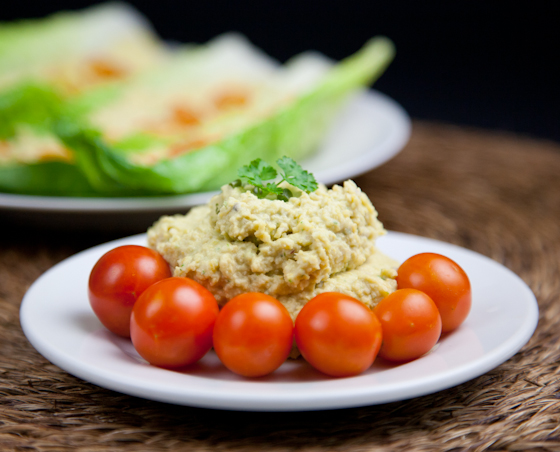 I took the hummus to our friends’ house last weekend and set it next to a pretty spectacular cheese and fruit plate. Any cheese is tough competition, but this was the good stuff, and I was the only non-cheese-eating person there. To my delight, however, people did try the hummus. I’m sure the first bite was out of courtesy to me, but after that initial taste, the hummus actually sort of stole the show! It was one of my prouder moments in life. 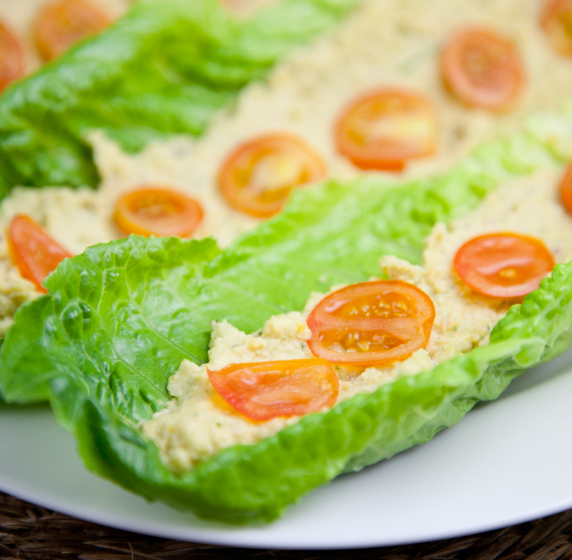 Make. this. now. If it doesn’t change your life, it will certainly improve your week. Just keep some of that fresh mint on hand for later – your friends/co-workers/significant other will thank you.

Side Note: I feel the need to announce that the tomatoes in the photos are also from a hanging plant on my porch. Sure, I bought the plant almost fully grown, but I’ve kept it alive, even after Aaron dropped it in the parking lot and it fell over on the car ride home. 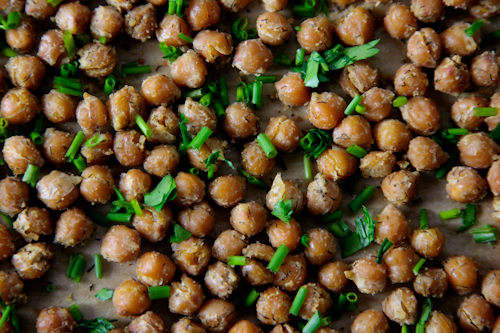 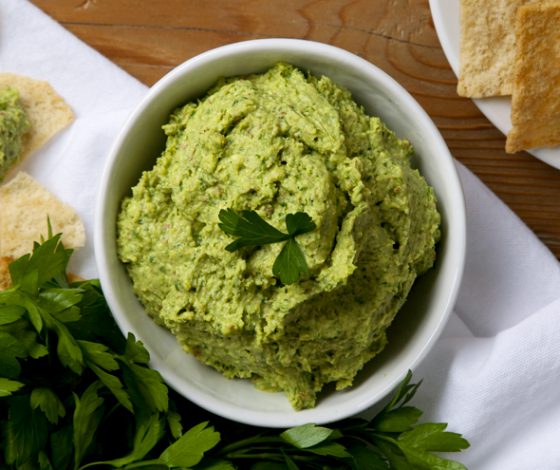 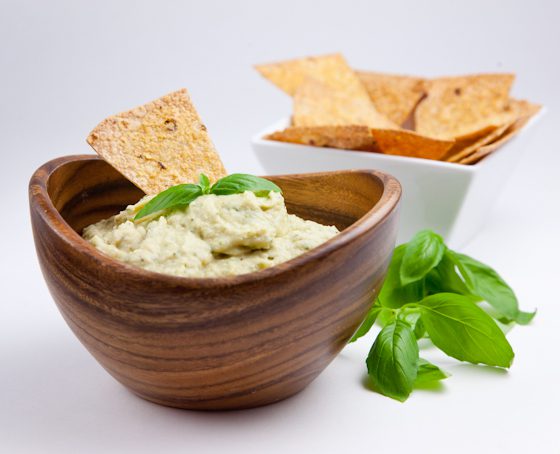 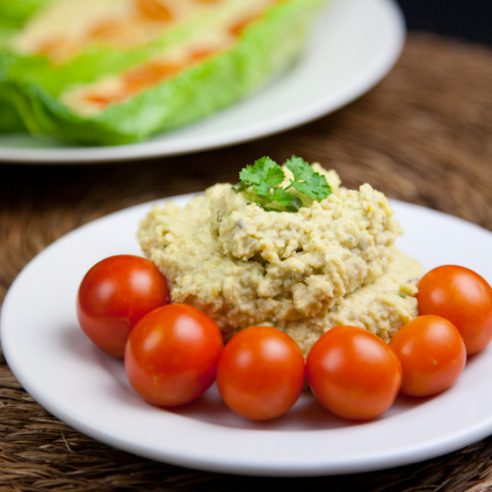 Start with 1/4 cup of water and add the additional 2 tablespoons one at a time if the consistency is too thick. If you’re using canned chickpeas, you will likely need less water.

Start with 1/4 cup of water and add the additional 2 tablespoons one at a time if the consistency is too thick. If you’re using canned chickpeas, you will likely need less water.