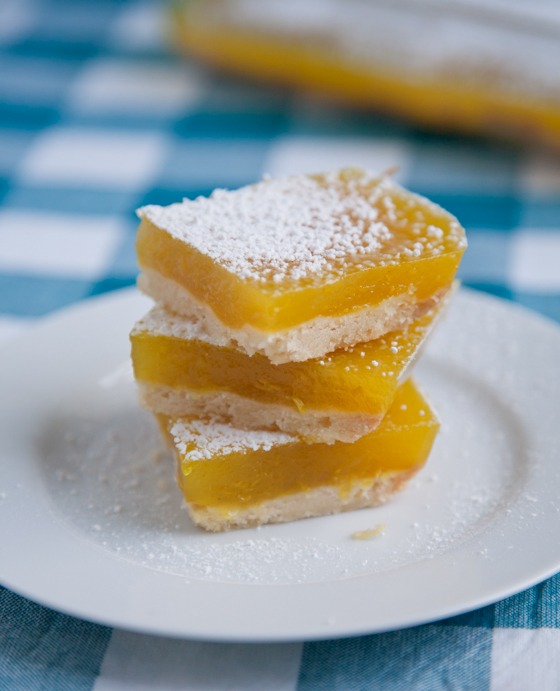 I’ve had lemon desserts on my radar since eating that phenomenal vegan lemon meringue pie at Veggie Galaxy back in November. Quite frankly, two months is far too long to go lusting after lemons. 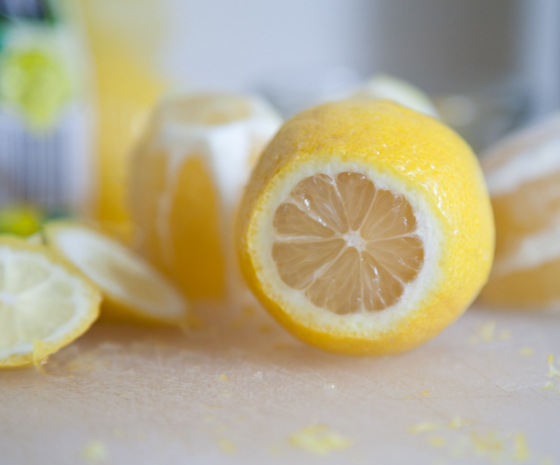 Rather than attempting a pie this time, I decided to try my hand at lemon bars. The filling is similar, so I knew bars would satisfy my craving, but without the scary vegan meringue topping. I still don’t know how they do that, although I remember them saying something about soy? One of these days, I WILL figure it out. And I’ll make sure to share the secret when I do. 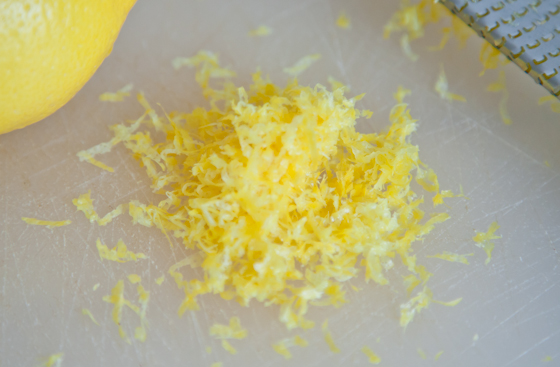 Lemon bars can also be kind of tricky when you don’t bake with eggs or gelatin, and although a lot of recipes rely on cornstarch to thicken the filling, I’m not always the biggest fan of the texture it creates. It can sometimes taste a little…off. So I consulted my much-loved Veganomicon cookbook, and found that their recipe uses agar agar flakes. This was a totally new-to-me ingredient, but after a quick Google search, I learned that agar agar is a vegetarian substitute for gelatin that’s made from seaweed. Sounded interesting. 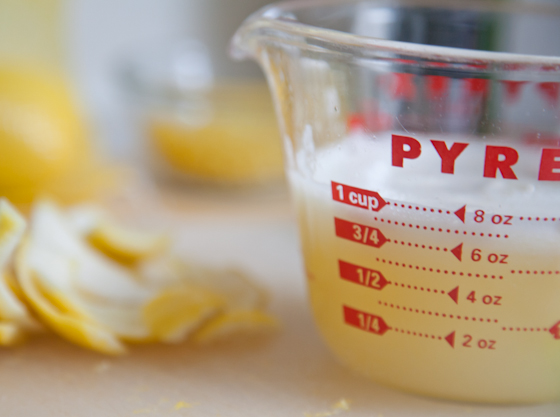 Of course, I immediately planned a trip to Whole Foods to pick some up, and crossed my fingers that it would actually work and not be nearly $8 down the drain (it’s pricey!). I also tried to stay focused on the agar when I went in the store, but inevitably came out with salad bar and kombucha as well. I just don’t think it’s possible to come out of Whole Foods with a single item. 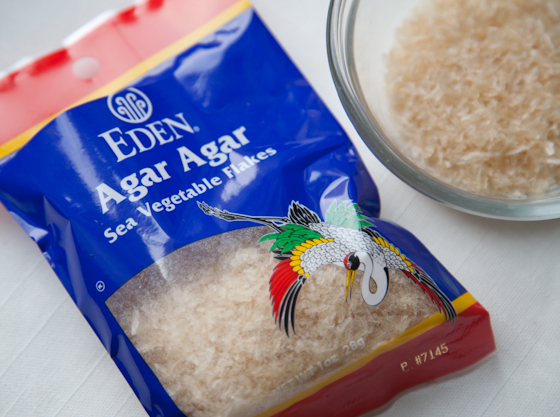 Anyway, because it was my first time using agar agar flakes, I went with the Veganomicon recipe, which I knew wouldn’t let me down. But instead of using their super indulgent, sugary crust, I went with a lemon bar crust from Eat Live Run, and just used Earth Balance instead of butter. It made significantly less crust than the Veganomicon recipe, but as I’ve mentioned before, I’m a filling girl at heart. The crust is simply a vehicle to get as much filling from plate to mouth without making a mess of whatever I’m wearing. In most cases this is yoga clothes, but still. 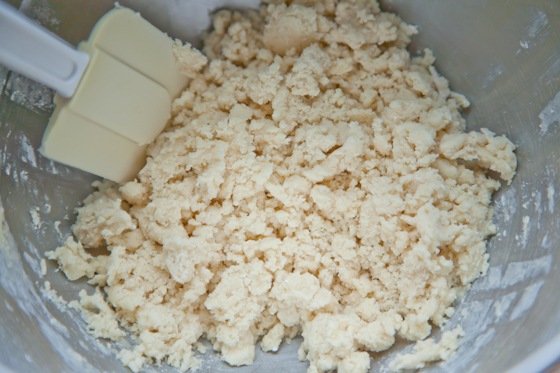 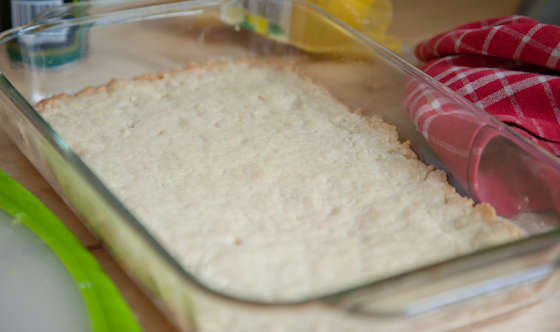 This recipe turned out so well! I had my doubts about the agar agar flakes, but they really were very easy to work with. You just let them sit for about 15 minutes in water, and then boil until they’re dissolved. And the best part? You don’t even have to own the Veganomicon cookbook to make these – the recipe is posted on the No Meat Athlete blog! I do, however, highly recommend that cookbook. I’ve yet to make a recipe that hasn’t been incredible. 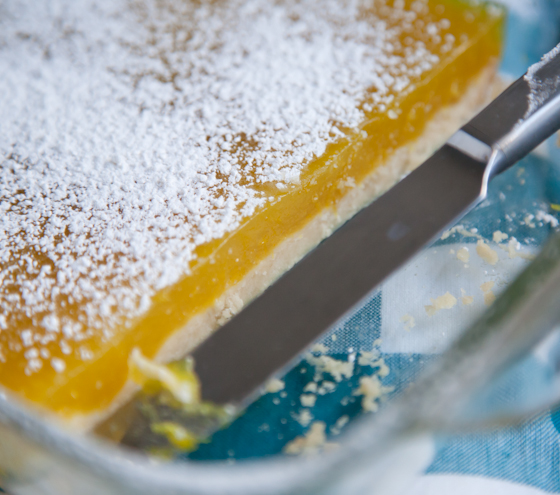 The only thing I might change the next time I make lemon bars is using a touch less turmeric for the yellow coloring. It may have just been the brand of spice that I used, but the yellow was a bit too saturated. 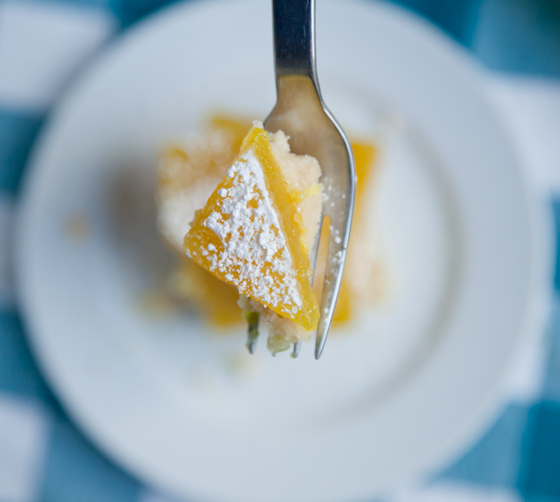 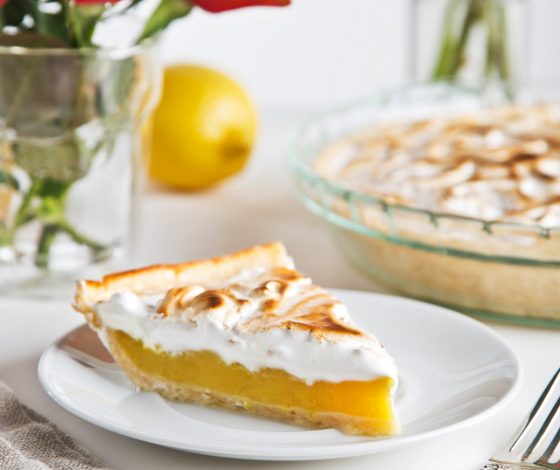 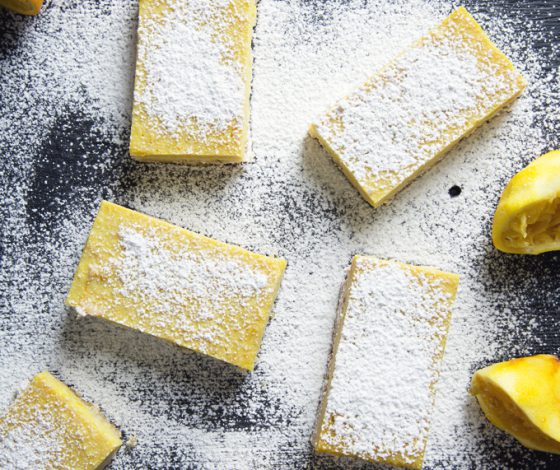 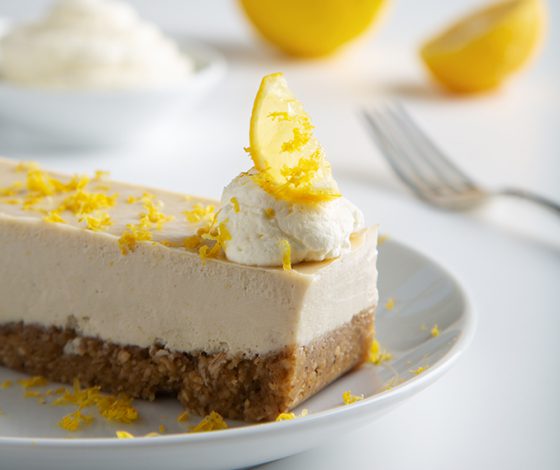